Kick the Certified Jerks to the Curb

If you want to poison the well where you work, allow a Certified Jerk to roam free.

Mollycoddling is a pernicious and infectious organism you need to expel from your organization.

Smart people can often be prima donnas, but the brilliance of some people is often more blinding than enlightening.

Fortune magazine once asked Dr. Mehmet Oz about the best leadership advice he had ever received.

Keep Smart People from Killing Each Other

As a Chief Resident associated with Columbia University, Dr. Oz’ mentor told him that the hardest part of being a leader was “keeping smart people from killing each other.”

He told him that he tried hard to find something in which each of his leaders could excel, so each could be the best at “something” … a much better strategy than having everyone trying to do the same thing “because it breeds discontent”.

When leaders fight for attention ….

bored when others speak,

listening to it all but hearing nothing,

… the symptoms aren’t all that subtle.

Yet, finding something in which each can excel, with a dash of a “divide and conquer” strategy, you may be able to optimize the value and contributions of each of them. 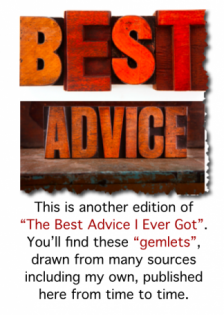 What about the A**holes in your organization?

Unfortunately, too many of them turn out to be a**holes, too.

That’s why I like Robert Sutton’s post including a simple diagram his students created to illustrate the right course of action to take when encountered by such folks. (You’ll see the diagram at the top of this page.)

This decision tree can be used in many ways to sort out more than just the a**holes that have burrowed into your organization.

“Lone Wolf”, “Pain in the A**” and “BallBuster” are also legitimate substitutes.

Mollycoddling is deadly to everyone

I have referred to mollycoddling in leader/employee relationships in the past; it’s worthy of an entire article.

Because it is often at the heart of a leader/employee relationship that is not working, particularly when a Certified Jerk is in the neighborhood and the leader won’t face the difficult decision to make the obvious and necessary change.

Be clear about your values & culture

These situations invariably result when a leader has a very muddled view of his or her priorities and goals.

The leader ignores tap dances around the cultural damage his mollycoddling brings as well as the message it sends to even the most casual observers who’ve seen this misfit relationship fester over the years.

Invariably, the leader is unclear about what’s really important in her organization, and fails to recognize that she may be the last one to realize it.

She compromises the value and culture of the organization by not being accountable for the dysfunction of the Certified Jerk relationship.

Instead, the leader is paralyzed by questions …

“He does a lot of things very well” …

“Are we sure we can’t get along without her?”

… all while the organization is suffering from the tribulations of the Certified Jerk.

Make the tough decision and move on

In some ways, mollycoddling is the worst possible condition.

The Jerk is dragging down the entire ship, poisoning the well along the way.

Mollycoddling is an injustice to both parties … extending a relationship far longer than warranted.

It’s a recipe … leavened with a chicken stock of weak leadership … that’s created by ignoring, avoiding and overlooking a dysfunctional relationship that should have been terminated a long time ago.

Question: What’s the most effective action you’ve ever taken to deal with a Certified Jerk in your organization?

How would you answer that? Let me know in the comments and we’ll build on that to expand our discussion of these ideas and concepts.