The Fix by David Baldacci

The Fix by David Baldacci

Amos Decker is an interesting character. He’s a former professional football player who was violently hit on his first play resulting in severe injuries and changes to his brain. Using his newly acquired mental abilities (Synesthesia and Hyperthymesia, which gives him total memory recall), he becomes first a police officer and later an extraordinary detective who – because of his life-changing injury – remembers everything, including painful things he would give anything to forget. 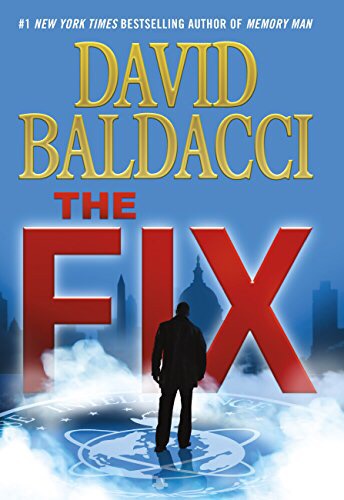 In this 3rd book in the series, Amos Decker witnesses a murder just outside FBI headquarters. A man shoots a woman execution-style on a crowded sidewalk, then turns the gun on himself. Decker and his team can find absolutely no connection between the shooter–a family man with a successful consulting business–and his victim, a schoolteacher. Nor is there a hint of any possible motive for the attack.

A very unique character indeed. As I always, I suggest you start with the first book in the series, Memory Man.

David Baldacci published his first novel, Absolute Power, in 1996. A feature film followed, with Clint Eastwood as its director and star. In total, David has published 33 novels for adults; all have been national and international bestsellers, and several have been adapted for film and television. His novels have been translated into more than 45 languages and sold in more than 80 countries; over 110 million copies are in print worldwide.