Better the devil you know? 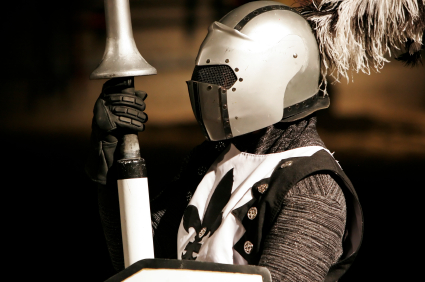 Now, if this was a Knight of the Round Table, bearing the sword of Exkalibur, that would be one thing. Alas, not.

Rather, it’s an insidious invader disguised as a heroic force, riding to the rescue of American companies facing catastrophic economic ruin. So, as I watched portions of the Congressional hearings this week featuring the CEOs of America’s automakers, I couldn’t help but think: Where did the congressmen and senators learn about the auto industry?

How are they qualified to assess the business plans of the three U.S. automakers? If someone like Jack Welch was appointed the overseer of the auto industry bailout, we might take some comfort that a proven executive, capable of experienced business decision-making, was at the helm. In the meantime, I think we’ll regret these government intrusions as our beltway leaders insist on oversight of business plans, capital expenditures, executive compensation and all of the issues they declare are now within their purview.

We may need an extraordinary government investment . . . and unlike most of my capitalist friends, I’m in favor of an auto industry bailout, as I’m convinced the economy could not withstand the disruption caused by its failure. But the price we’ll pay may be far greater if it leads to increasing government encroachment into business decision-making.

The Wall Street Journal carried an opinion piece recently, Economists have Abandoned Principle, which bemoans 2008 as the watermark for this kind of excessive intervention, and offers a grim perspective on what’s in store.